World Championships 2011, how it all got started

No. No way! I tried to get out of it, I really tried not to organize the World Championships. I have organized contests before and know how much work it takes. No way! But sometimes no is not an option... 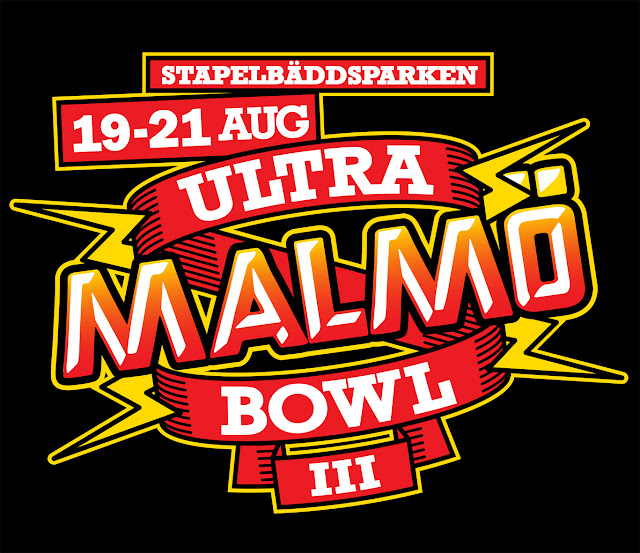 Me and Kevin Harris was booked for a demo in Malmö 2010 at the Ultra Bowl. I had done a demo there in 2009 and they liked it and asked if I could get Rodney Mullen there for 2010 to do a demo. I tried to pull some strings, but knew it was hopeless, Rodney simply don't do demos any longer. So I suggested Kevin Harris, another true freestyle legend, and they loved the idea, so they flew him over. Kevin has been a friend of mine for many years, and this was the first time he visited me. Before we went down to Malmö we did some sightseeing in my area, and when we were in Stockholm and skated this concrete area at Medborgarplatsen he told me this is the best place ever to skate freestyle, both the location and the surface, and told me to hold a contest here, to host the World Championships in Sweden 2011. I said "No way"… but he promised to back me up, to help me. And suddenly the rumor spread that I was organizing the World Championships and everyone told me the World Championships should be in Sweden 2011.

I felt I could not say no. Everyone wanted so much to come to Sweden, I felt I could not let them down. So I throwed myself out into the unknown... Luckily I had Kevin behind me and also Aj Kohn offered to give feedback and help out.

First thing to do was to see if I had the resources for a contest and I talked to my collegue that I do shows with and we agreed we could pull it off with his PA-system, tables, chairs etc. I talked to people who could help find sponsors. And then I applied for the permit. I was scared to death… I honestly wished that they would not give us a permit… It was a lot of work. Not only paperwork, but to call the police department and all these city officials . I wanted to make sure they would like us, that they would see this contest as an inspiration for kids to take up skateboarding in a form that are not very familiar with, a form that may attract those who are not attracted to street and parkriding.

It all took longer than I had expected. I had to draw a scetch how we would set up the area, call the fire brigade and hire fire extinguishers.

The police department and city officials were on a total different time schedule than me. I called several times in an effort to at least get an answer verbally. We needed to know if we could start promote the event, it was already talks about moving the contest to another country, which would disappoint a lot of skaters.

After many phone calls I verbally got the permit. Noone had nothing to object to. The police department, the city, the fire brigade, they were all positive.

Then the phone called. It was an official from the city, that sounded a bit uncomfortable. He had do deliver some bad news. Some kind of organization made up of the tenants of the area had decided to make that concrete area into a garden. I was speechless… a garden?! That problem must be solved, and it is easy, just move those flowers while we hold the contest. But no, that could not be done, it was going to be a big garden. They had made their minds up and it was nothing I could do.

So, what to do now? Cancel the contest? In a way that would be a relief for me, but it would disappoint a lot of skaters. I talked to Kevin about Ultra Bowl, that they had contacted me and asked if we wanted to hold the World Championships during their event. I had already started to work with Stockholm so at that time I had to decline the offer. Now, we were in another situation. Ultra Bowl is one of the coolest contests in Europe, and we realized it would indeed be good for freestyle to be part of such an event, unless we would be just a side event. So I contacted the organizer of Ultra Bowl and they were on the same page, freestyle would not be a side event. And it would be live web casting, and good deals on hotels for the riders. This sounded really exciting!

Now we could announce that the event had moved down to Malmö and it was new dates. Nobody really likes changes like this, but is has happened before and will probably happen again. Sometimes there are factors and circumstances outside our control, and we have to do the best of the situation. And sometimes, they say, when things break apart, they pieces are actually getting in place.

Being part of an event like this would mean we would get very tight timeslots. Ultra Bowl was going to be three days, starting on a Friday and escalating into exciting finals of all events on Sunday. We decided to make it into an invitational, to make sure it would be serious freestylers attending, and to make sure all freestylers would get invited and inspired to come. So we used Facebook and email. Swedish freestyler Denis Sopovic set up a registration web form, one of the best I ever have seen. In order to know how to plan the event, how to set the schedule we needed to know how many would attend. So we put a deadline for registration. A few was a bit late, but we were flexible enough, but the deadline fore sure helped to set the schedule.

We quickly realized that the timeslots we would get, would not allow for the traditional two run format. But instead we would get three days of competition. This is not the first time there has been a one run format, but it does put more pressure on the riders.

To make sure the event would be as fun as possible for those attending, we emailed the registered riders with several options for format and judging system. Based on that we decided it would be the traditional 2 minute routine format and judges would score 0-100.

Another suggestion that came up was to hold a demo in the city. During this weekend it was also going to be a huge city festival in Malmö. And how fun would it not be to have some of the top freestylers in the world doing a demo together? So, I contacted the city and after a few days the demo was arranged.

Suddenly I was not only organizing the World Championships but also one of the biggest freestyle demos in Sweden. Now I definitely could not get out of it…