While planning my trip to Canada for this years World Round-Up in Canada I got asked by Günter Mokulys, 9 or 10 times freestyle World Champion, to join him and Swedish freestyler Felix Jonsson (who is also a World Champion) for a roadtrip. Meeting up in San Fransisco and then rent a car and drive to Vancouver and then drive down to southern California and Las Vegas. 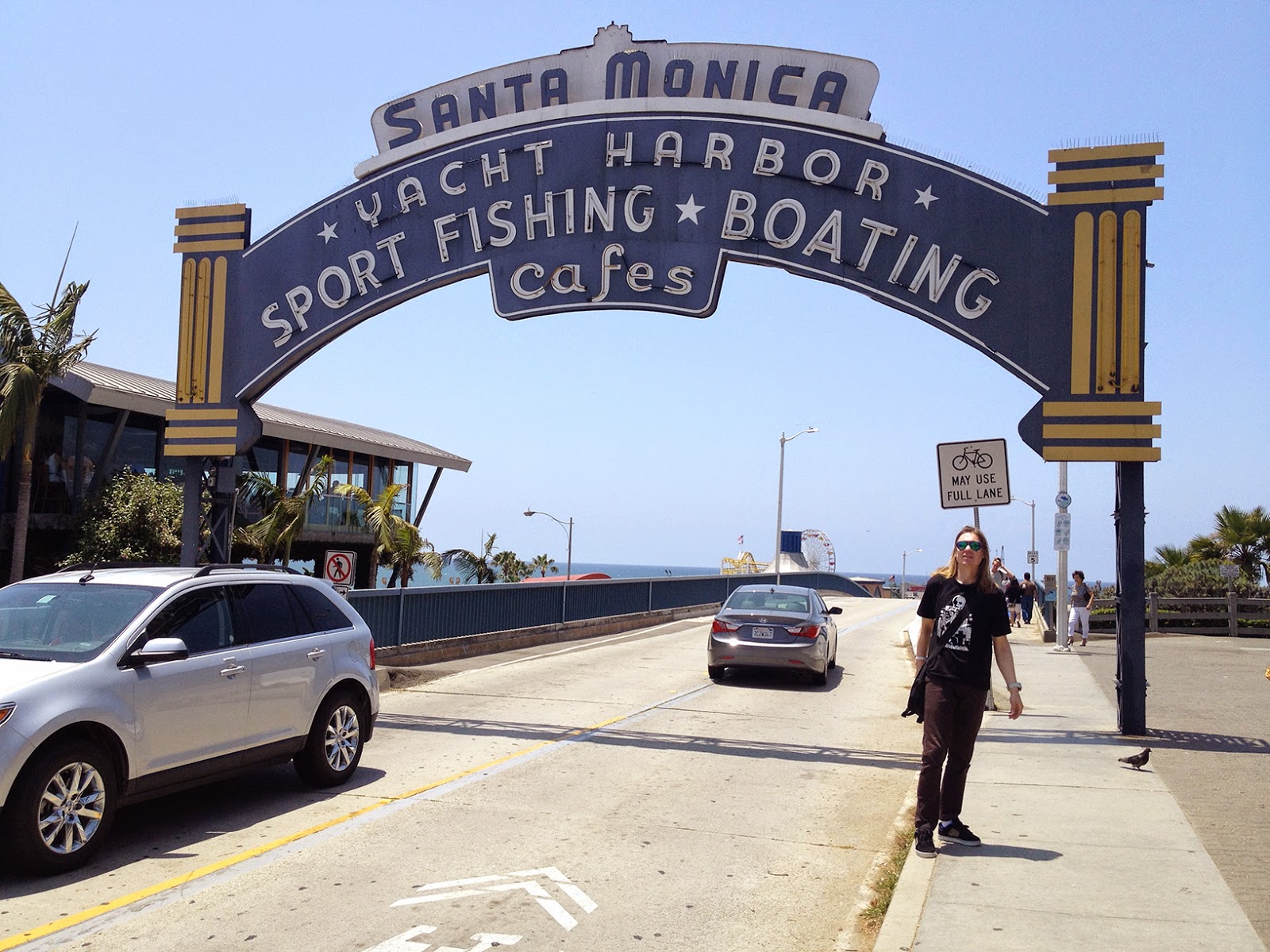 I had to think about this opportunity for a day or two. I already was missing out of tons of demos, as they seemed to all happen in May, same week as the World Round-Up. The roadtrip would mean I would probably miss out of more. On the other hand I had not been in Calfornia since 2011, and I used to go once every year since 2000.

So I decided to join Günter and Felix. I have travelled alone many times so I was excited and thought it would be fun to go on a roadtrip with fellow freestylers. So we started to make a plan, and with Germans it's easy to plan in details.

Me and Felix flew in to San Fransisco, an 18 hour flight (transfer in Frankfurt, Germany) and met up with Günter. We rented a car and briefly passed by the Golden Gate bridge. I was in San Fransisco in 2000 for a contest, but did not have time to go see the Golden Gate, so it was about time.

The movie nerd in me imagined things happening on and around the bridge... Planes flying under the bridge, things rising out of the water etc. But to my disappointment nothing happened.

Next was a 22 hour drive to Vancouver, even though Google maps said less than 15. But eating and filling up gas takes time, and Günter took his time preparing coffee at each stop. Not sure what he puts in his coffee, but it must be a very special mix as it takes so long, and then the usual when all are in the car and ready to go, someones goes: "Wait, I need to go to the bathroom!".

I have a license since a few years ago, but our "tour leader" Günter decided I am too much of a beginner driver. Felix was behind the wheel a few hours, but most of the time Günter was driving.

Looking back an 18 hour flight and then a 22 hour drive, getting to Vancouver at 11 pm
and the 4 days event starting the next day may seem to be a bit crazy to say the least.

It was nice to see parts of California I never have seen before, and Oregon was also very nice. Suddenly I saw a sign Mount Shasta, and realized I know a skater/musician there. Barno, who has skated since the 1970's and participated in building the famous Burnside skatepark. He was in Sweden for seminars a few years ago and I ran into him. It was too late at night and I did not have his address, but contacted him later and we decided to meet on the way back from Vancouver.

Next stop Vancouver! Stay tuned for part 2! (May take some time, I am no regular blogger...)