This august I was at Kalmar Stadsfestival for a show with BMX:er Andreas Lindqvist. We have been doing shows together for, well, forever I think. This time some of his BMX friends showed up, and they all were amazing on flatland and had a jam session before our show. Here is a video from the jam session, and also the show. It was a very small and super slippery surface so I did not skate my best, but I had fun. Thank you for letting me be part of your amazing jam session, and thank you for having me in the show, it was a blast!

I'm a bit slow with updating about demos and shows. But as usual I'm touring schools in Sweden with the BMX Skolshow together with the amazing BMX:er Andreas Lindqvist. The purpose
of the show is to inspire kids to use helmets when biking, skateboarding and snowboarding etc.

I am super happy to be featured on the Japanese skateboard website Freestyle-SK8.com, with an interview, video and photos. Thank you Masahiro and Toshiaki! 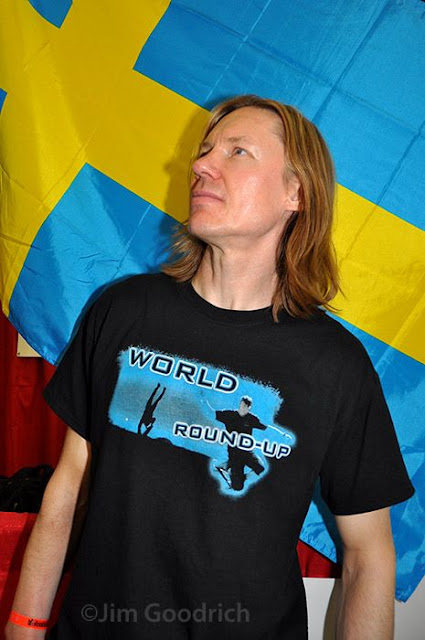 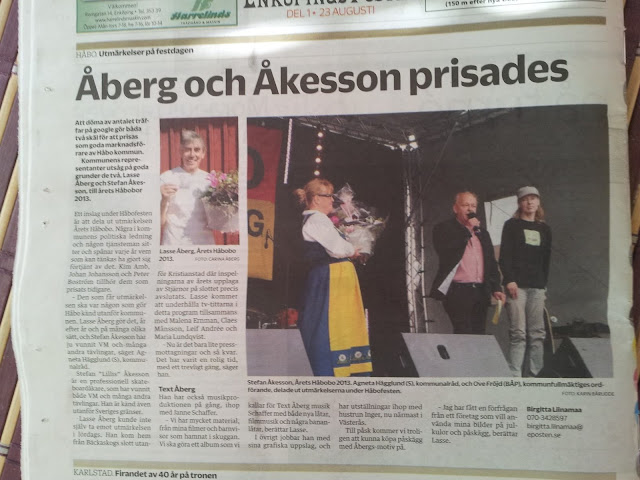 First show this spring, and first thing to do is to clean the mat we perform on. It truly is spring cleaning... The show was at Ålstensskolan in Stockholm, and as always I do these seminars/shows about safety and the use of helmet together with legendary BMX:er Andreas Lindqvist.

Lost in translations and 全日本フリースタイルスケートボード選手権２０１２


Kevin Harris tried his best to come with me to Japan, but could not make it. We were both there in 2009 for the World Championships and I really liked it and wanted to go back soon. I had planned to go back last year but due to Fukushima Daiichi I decided things were a bit too uncertain at that time. But this year there was nothing stopping me!

When Kevin declined I asked Felix Jonsson if he would like to go with me, he has "blamed" me for turning him into a world traveller after he had travelled with me to the World Championships in Philadelphia, USA, 2010. He was excited to go and on November 10 the Aeroflot flight took off towards Narita airport in Tokyo, with a transfer in Moscow. At first I was a bit concerned about flying with Aeroflot, as they used to have a rather bad reputation. I read up on Aeroflot and it was in the 1990's they were not the airline with the best reputation, but these days have moved up. I was super happy with them, top notch planes and service, at least from Moscow to Tokyo. The Moscow airport was however not the most fun airport but it was cool to be there. We pretended that all female  personnel were KGB agents in disguise... just like in old James Bond movies...

When we arrived at Narira airport we took the Keiser Skyliner train to Ueno station to transfer to the subway. I was a bit worried how to travel in Tokyo, but had done extended research by asking my Japanese friends and reading up on the internet.

We were going to stay at freestyler Rogerios place in Meguro, south west Tokyo, and a bit later than expected we meet up with him at the Meguro station, and also with Mic Murayama, womens freestyle World Champion. She had volunteered to guide us to the skatepark at Nissan Stadium in Shin-Yokohama the same day we arrived. That skatepark is a heaven for freestylers with the biggest flatland area on the earth, with perfect smooth concrete.

We had a great freestyle session that night and our friend Tomo also skated with us. He was in Sweden for the World Championships in 2011 with Mic and Takashi.

Next day, Sunday, Moichi had organized a freestyle session at the Shin-Yokohama skatepark. 20 or so freestylers showed up but due to miscommunications about time and how to get there we were several hours late, which was very embarrassing for me, I don't like to be late. But it was a great session, most were still there when we finally arrived but unfortunately not Moichi and I felt very bad for coming there so late and missing the opportunity to meet and skate with him again. I have not skated with as many freestylers for a long time. It was great to skate again with Masahiro, Takashi, Tomo, Mic, Yuki and many more, and I got some new friends as well.

12 days in Japan, full packed with sightseeing, skating and hanging out with our Japanese friends.

As I don't eat meat, fish or seafood it was a bit of a challenge finding food when you can't speak Japanese. I was so hungry some days that I had to revert back a few times to some junk food, and McDonalds and Subway felt like a life saver! Big Mac with no meat.... I did eat some Japanese food that I don't know what it was... it could had been fish eggs, but I was so hungry I could literally eat anything!

I was happy to meet my friend Ryhoei again, we had a skate session together at the Nissan skatepark in Shin-Yokohama and we also skated transitions a bit. Ryhoei was our guide in 2009 and we have been in contact ever since. He is very good and talented freestyler/streetskater.

I had planned my visit so I could attend the All Japan Freestyle Skateboard Contest 2012. It was held at a shoppingmall and outlet in Lake Town, just outside Tokyo. Mic was travelling with us, without her we would never have made it. So many transfers to get there. Thank you Mic for being an angel, and getting us there in time!


The Japanese freestylers are some of the best in the world. Their technical level is on a level that makes me feel embarassed, but they are so nice and supportive that I had more fun than ever.

Moichi won the pro division, Masahiro in second and me in third. Qualification was one run and so was the finals. In the finals I did the biggest slam ever on a 360 shove it. I still can't understand how it was possible to slam that hard on that trick. But I was quickly up on my board and did no more mistakes.

It was a great trip, so fun to meet my Japanese friends again and also make new friends.

Special thanks to Felix, Mic, Kaori, Ryhoei, Moichi, Masahiro, Tomo, Yuki and everyone! I plan to go back soon again and I promise to continue practice how to use chopsticks...

And to Mic and Kaori: I want a bowling re-match! :)